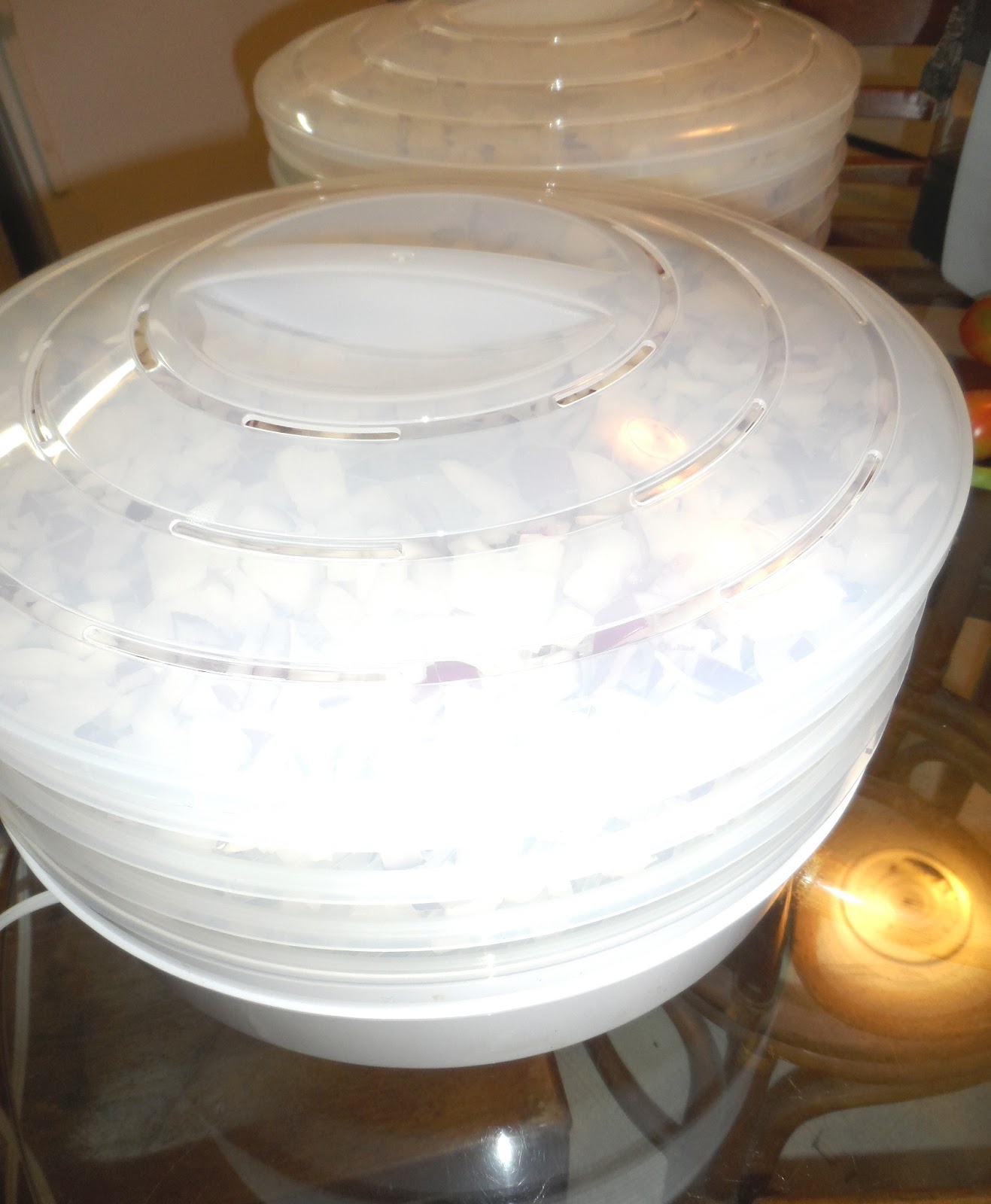 The onions that Keegan and I pulled at the you-pick have been amazing! We use them in almost everything, so we brought home two 5-gallon buckets overflowing with red, yellow, and white onions. Even though I put them in breathable bags and hung them in a dark, cool, area, some of them were starting to get soft. I always cut twice the amount of onions than I need and put half of them in the freezer, but I hate taking up all of that valuable freezer space when chopping a large amount. I compromised by putting half in the freezer and dehydrating the other half. 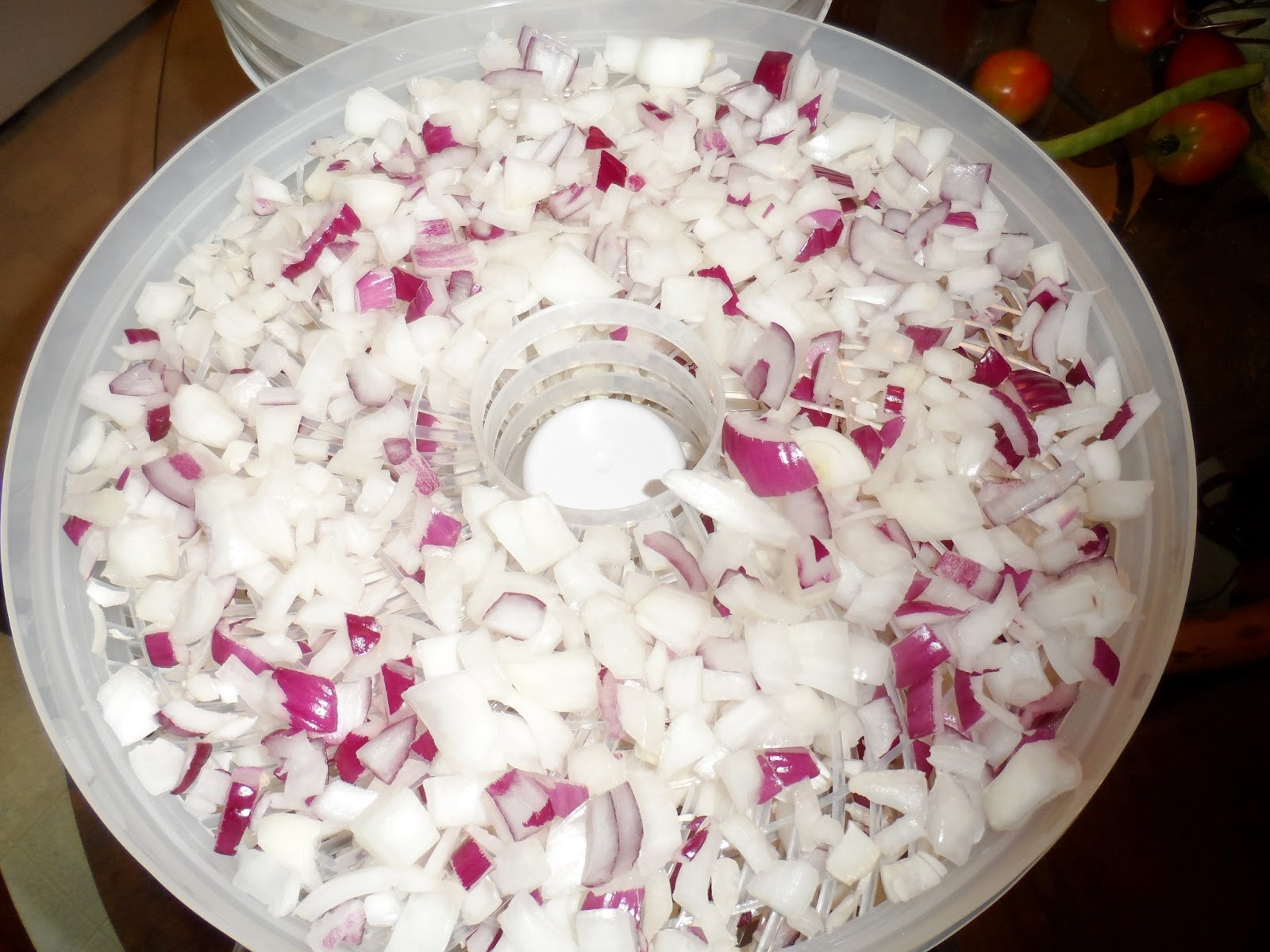 I picked out all of the soft onions and
put the good ones in a clean cloth bag and hung them back up. They should keep for a good deal longer as long as they are kept dry, especially since there aren't as many together in the bag. Even when the outer layer starts to get soft, the majority of the onion is usually in perfect condition. After cutting the soft spots off and washing well, I chopped the onions. Because they shrink so drastically in size when dehydrated, 1/2 inch pieces are the smallest I would aim for to keep them from falling   through the dehydrator trays. Break or chop them up into smaller pieces once dry if you wish. They can also be dehydrated in thin rings. Just keep them thin. 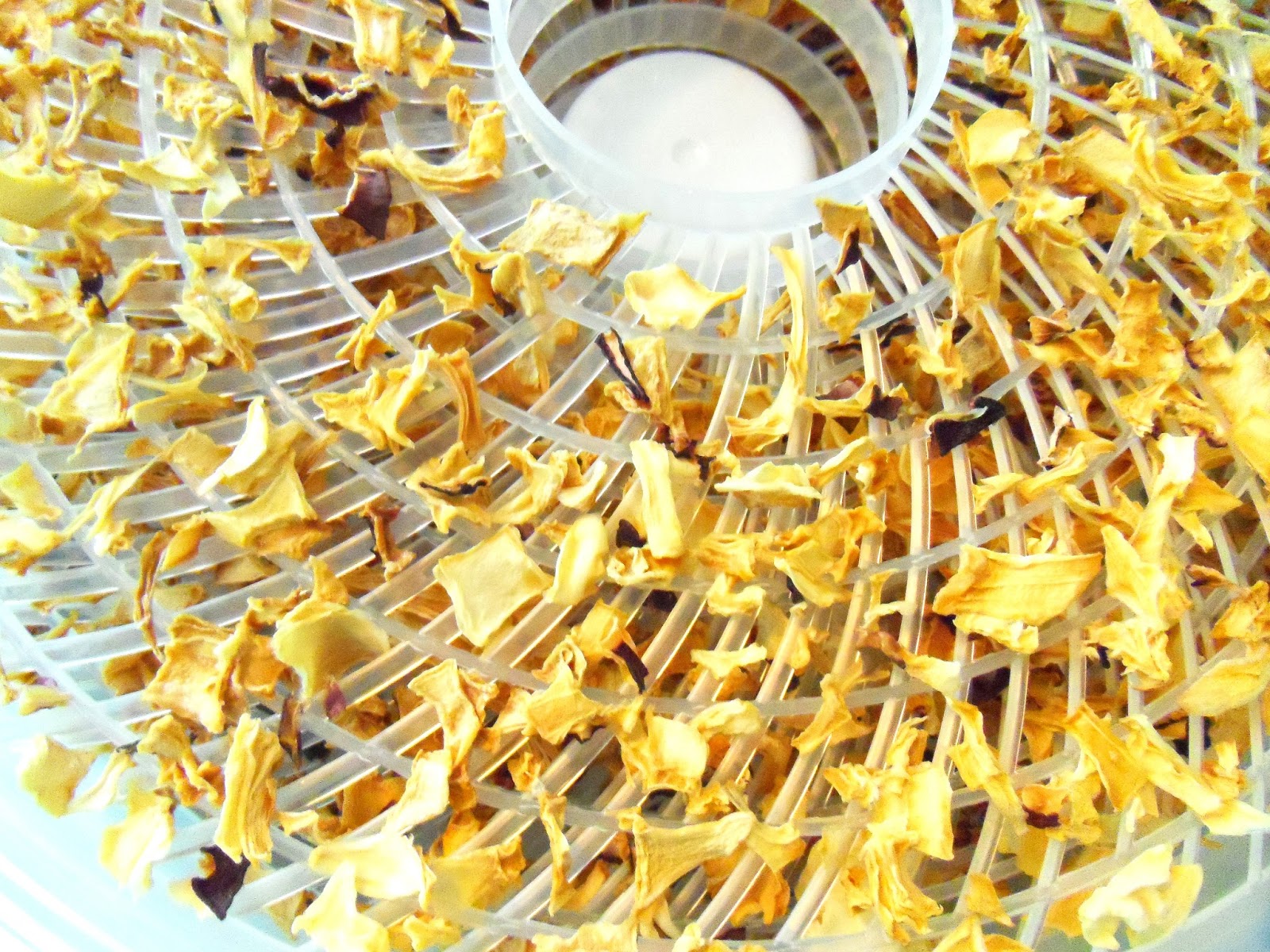 Place the pieces of onion in a single layer on the trays. It may seem like the onion pieces are tightly packed on the tray, but they shrink considerably within a very short period of time, so air can flow around them easily as long as they are in a single layer. It takes about 16 hours for me to fully dehydrate the onions, but time may vary depending on the dehydrator. I rotate the trays half way through. This will make your whole house smell like onions, but it doesn't last long and gets weaker as they dry out. I think that chopping is the worst part. Store them in a tightly sealed container. I usually seal mine in a ziplock baggie which I then put inside a mason jar. They will absorb humidity from the air and once they rehydrate, even slightly, they will spoil. I put more than two 1-gallon sized baggies in the dehydrators and got less than half a gallon sized baggie out. They take up much less space than frozen onions, which I love because I am limited on kitchen space. Of course, that is after keegan snacked on them as they were dehydrating. He loves onions anyway, but when dehydrated they become much sweeter. 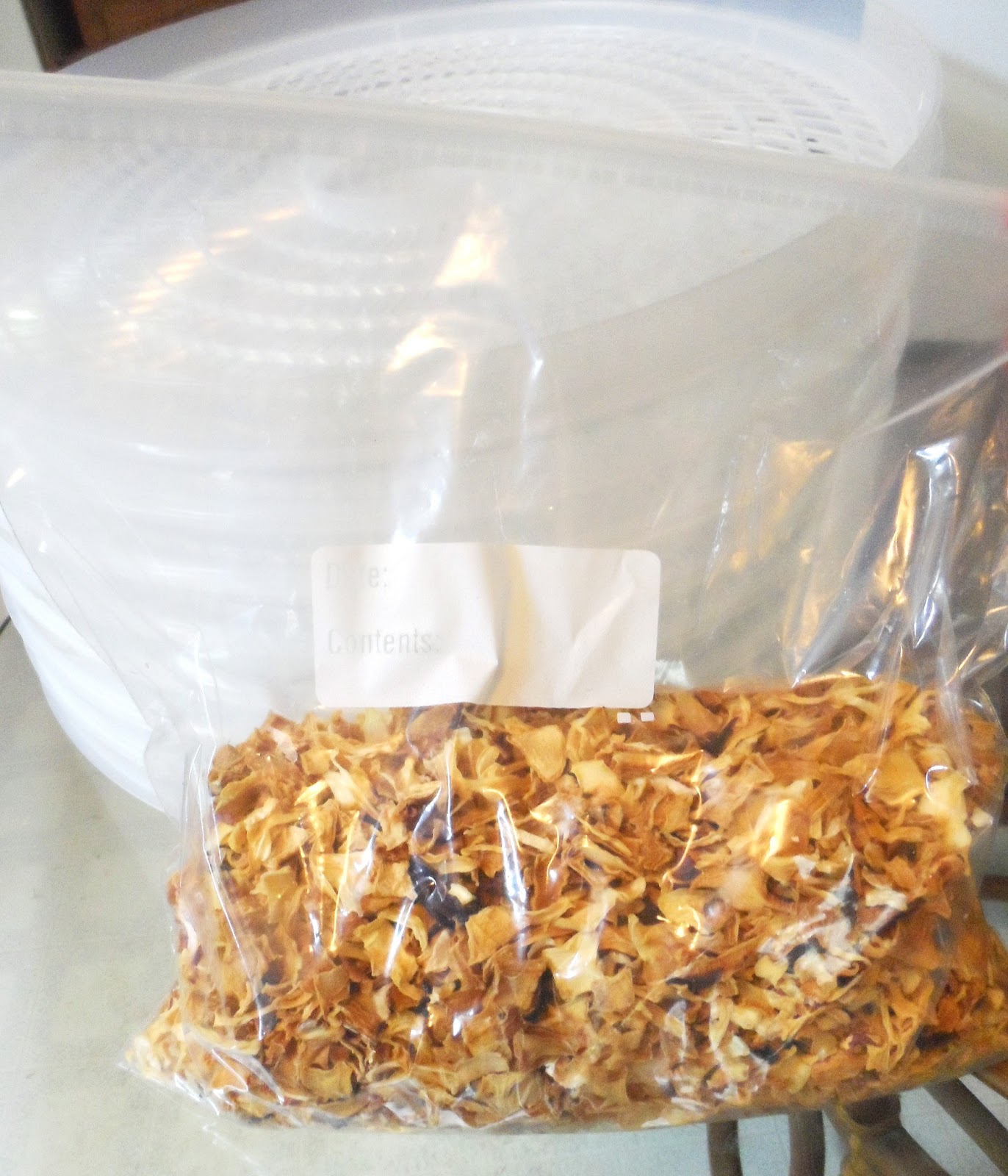 I admit that I usually stick these in the back of my cabinet, along with my dehydrated bell peppers, and forget about them for a while. I always get so excited when I find them, though, because it is usually most of the way through the winter when I have gone through all of my frozen stores of onions and peppers. They can be used in soups, stews, chili, spaghetti, and basically everything else that you use regular onions in. It is also wonderful in dip! You can soak them in water to rehydrate before use, but I usually just put them in early on in cooking so they can soak up any liquid in the recipe. They can also be put in a food processor and turned into onion powder to sprinkle into recipes. Can't get any easier and more handy than that!

Kristin
I'm a mom and environmental biologist turned homesteader who is devoted to learning to live a more environmentally and economically sustainable life. With a small budget and very little time, things get a bit hectic around here. I wouldn't have it any other way. I'm living my dream, on Sunflower Hill.